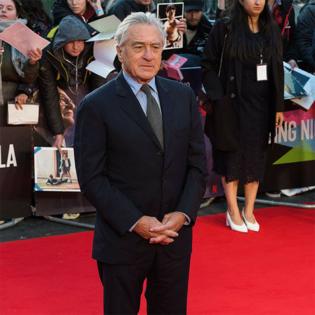 Robert De Niro has avoided having to hand over half of his $500 million fortune to his estranged wife.

The 77-year-old actor has been in the process of divorcing Grace Hightower since 2018 and the 66-year-old socialite has now seen a court reject her claim she was entitled to half of the earnings the 'Irishman' star made in Hollywood and through various business ventures during their 24-year marriage.

The New York Supreme Court Appellate Division upheld a ruling made in February last week, stating: "The husband's income earned during the marriage and other business assets acquired during that time are his separate property."

Grace had insisted the veteran actor's earnings counted as marital assets and should be split evenly as directed by their 2004 prenuptial agreement.

But the terms of the document will be upheld, meaning the 'Raging Bull' actor will pay Grace $1 million a year in alimony either until he dies or until she remarries, and he will also give her $6 million to buy a new house.

Robert's lawyer, Caroline Krauss, previously claimed her client couldn't keep up with his former spouse's extravagant habits and accused her of issuing demands that were "rich with indulgences and waste and greed", alleging the philanthropist spent a staggering $1.2 million on a diamond in 2019, a claim denied by Grace's legal team.

And at a hearing in April, it was claimed the 'Meet the Fockers' star was being "forced" to keep working in order to fund Grace's lifestyle.

Caroline said: "Mr. De Niro is 77 years old, and while he loves his craft, he should not be forced to work at this prodigious pace because he has to. When does that stop? When does he get the opportunity to not take every project that comes along and not work six-day weeks, 12-hour days so he can keep pace with Ms. Hightower's thirst for Stella McCartney? He could get sick tomorrow, and the party's over."

The veteran actor also claimed he's suffered a financial hit because of the coronavirus pandemic.

He appeared in court via a Skype call, and his lawyers said he halved Grace's credit card limit after restaurant chain Nobu and Greenwich Hotel - which he has stakes in - were closed or partially closed for months during the health crisis.

His lawyer told the judge that the restaurant chain lost $3 million in April and a further $1.87 million the next month.