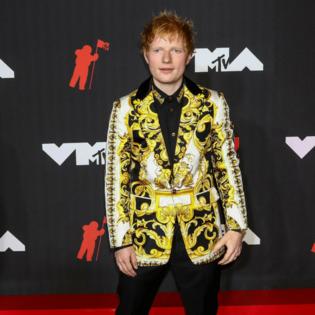 "It means that I'm now unable to plough ahead with any in-person commitments for, so I'll be doing as many of my planned interviews/performances I can from my house."

The 'Shivers' hitmaker added: "Apologies to anyone I've let down, be safe everyone x (sic)"

Ed's new album is due to be released this week and he had been set to join Apple Music's Zane Lowe to play songs from the record and take questions from fans as part of the promotion.

Sheeran had been forced to self-isolate this summer after possible contact with somebody who had tested positive for coronavirus.

An insider said at the time: "It's a bit of a nightmare for Ed, but what can you do?

"He's obviously followed the rules and headed straight home when he was told to.

"He has taken several tests which came back negative but that doesn't make a difference so he's just getting on with whatever he can do from home.

"He has absolutely no idea when he came into contact with somebody with Covid. He was at Wembley for the Germany game but that seems a bit too far back -- but there's just no telling exactly when and where it happened."