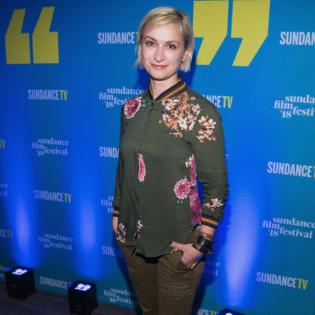 Halyna Hutchins' family are demanding answers over her death.

The 42-year-old director of photography was accidentally shot and killed by 'Rust' star and producer Alec Baldwin in an incident involving a prop gun on set earlier this week and her friends and family in Kiev, Ukraine, are determined to uncover how such a tragedy could have occurred.

A source told The Sun newspaper: "The family is grieving but at the same time they are asking and they will want answers. If someone made a mistake then they will have to pay.

"They just don't understand how something dreadful like this could have happened when safety measures are supposed to be in place."

And Halyna's parents Antoly and Olga, who were "beside themselves with grief" after being informed of the tragedy by her husband, Matthew, are now trying to secure paperwork in order to travel to the USA.

The insider said: "They are also frantically trying to secure documents to get to the United States. Her mother does not have the correct paperwork."

Halyna's sister Svetlana, who lives in Indonesia, said: "I cannot comprehend [her passing]. I loved her very much. I was very proud of her, and she was my role model. We were always close.

"This loss is a great grief for our family, and I see how hard it is for our parents. Hopefully, time will ease our heartache."

Friend Yana Nestoliy said: "She was a wonderful woman and a dear friend and mother.

"Her parents are devastated and are trying to get to the US to see her but it is very difficult for them. I heard from another friend that it was Matthew who called them to break the news.

"Her mum wants to go to the US to see her and find out what exactly happened but is having trouble with her documents.

"It was her dream to live in America and make films and now she has died for her dream."