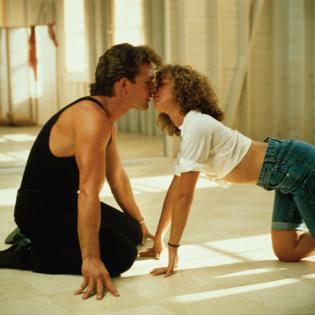 Jennifer Grey thinks 'Dirty Dancing' is so beloved because it's a "feel-good" film with a "serious" message.

The 61-year-old actress played Frances Houseman - who was nicknamed Baby - in the 1987 classic, and she feels her character's journey is a big part of its enduring success.

She told Closer US: "It's about a loss of innocence. The girl loses her virginity and goes from being a daddy's girl to a woman.

"She discovers that she's more than she thought she was, and she gets the guy that she never thought she could get. And he's going to feel that she sees something more in him than he thought he was.

"It's not a preachy movie, it's a feel-good movie. But there are very serious themes happening under the surface about not letting anybody put you into a corner."

The film - which also starred the late Patrick Swayze, who died in 2009 after a cancer battle aged 57 - and dealt with themes such as sexual assault, abortion and socioeconomic differences.

Jennifer admitted she didn't expect the movie to be so popular, particularly because of its "tiny" budget.

"Maybe no one will ever see it. And then all of a sudden, it was like people really like this movie."

The 'Ferris Bueller's Day Off' actress also discussed her experiences about working with Patrick, who played Johnny Castle, and how there needed to be "trust" between the pair.

She added: "He was such a great dancer. He was really masculine, like a real cowboy who had been trained as a ballet dancer.

The 'Top Gear' host was a huge fan of the Bond franchise when he was growing up but admitted that the older films did not stand up to a ...Read More

Stellan Skarsgard admits that it was a nightmare wearing a fat suit in 'Dune'.

Jade Thirlwall is in talks to sign a solo record deal.

The Little Mix star has been meeting with Atlantic Records, home to stars including Ed Sheeran and Rita Ora, to discuss a new deal.

Sir Elton John loves playing board games with his sons at home.

The 74-year-old music icon is one of the biggest stars in the world, but his husband David Furnish has said he puts his stardom to one side when he's at home...Read More

Hilaria Baldwin didn't think she would "make it through" 2021.

The 37-year-old health and wellbeing expert reflected on her year so far as she marked Thanksgiving on Thursday (25.11.21), and said she felt thankful to have...Read More

Nikki Bella keeps delaying her wedding because she "promised" Artem Chigvintsev that his parents would be able to attend.

The former WWE star is engaged to the 'Dancing with the Stars' professional, but has delayed her ...Read More