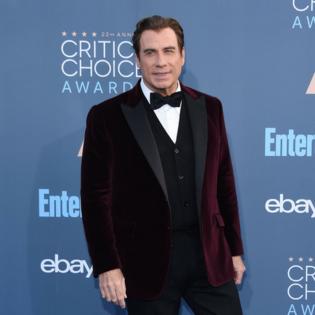 John Travolta is "so proud" of his daughter's "kindness and strength".

The 'Grease' star lost his wife Kelly Preston in July 2020 when she lost her battle with cancer aged 57, and his 21-year-old daughter Ella has been his rock during such a difficult time.

A source told Life & Style magazine: "John always knew Ella would step up to the plate, but he's super impressed by her maturity and ability to move forward.

"He's so proud of her kindness and strength."

John - whose eldest son Jett tragically died was he was just 16 - has had his daughter for support, while she's also helped her younger Benjamin, 10, cope without his mum.

The three of them celebrated what would have been Kelly's 59th birthday earlier this month.

The insider added: "The three of them had a cake, which Ella and Benjamin baked, and the kids recalled their sweetest memories of their mom."

Meanwhile, the source said John feels his late wife's "spirit" in their daughter.

They said: "Ella reminds John so much of Kelly - her mannerisms, the things she says. He feels Kelly's light shining through Ella, and it's beautiful and heartbreaking all at once."

John and Ella paid tribute to each other on Father-Daughter Day in the US (10.10.21), they both shared a snap of their joint appearance on 'Jimmy Kimmel Live!' in 2019.

The 67-year-old actor captioned his picture: "Happy Father-Daughter Day Ella! I love you more than words can express!"

And Ella wrote on her page: "Happy Father-Daughter Day to my hero, my best friend. I love you so much Daddy."

Meanwhile, John previously revealed how his own views on mortality changed after a profound conversation with his son Benjamin after Kelly's death.

Ben asked his dad if he sees himself still being alive in three decades' time, and he revealed: "I said, 'Yeah.' He said, 'Does 30 years ago seem like a long time?' I said, 'Yeah.'

"He said, 'What's wrong with that?' This is a 10-year-old telling me that! It changed my viewpoint."

The 51-year-old actress says her 1927 Spanish-style house in Toluca Lake, California, used to be owned by an actor who appeared in Western ...Read More

Aaron Carter claims he is "trapped" in his bedroom because his ex-fiancée Melanie Martin "will not leave" his house.

The 33-year-old singer announced on social media this week that he and Melanie had called off their ...Read More

Prince William will discuss mental health on a special holiday episode of 'Time to Walk' for Apple Fitness+.

The Duke of Cambridge is set to appear on the upcoming festive episode of 'Time to Walk', which will be launched...Read More