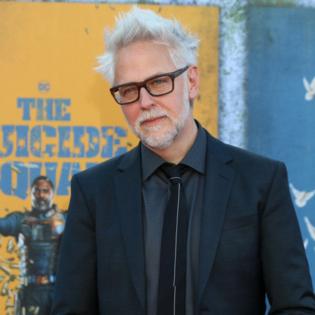 James Gunn says his "heart goes out" to everyone affected after the tragic death of Halyna Hutchins.

The 'Guardians of the Galaxy' filmmaker has led the tributes to the late cinematographer, who died aged 42 after a "prop gun" fired by Alec Baldwin on the set of 'Rust' accidentally fatally hit her, and left director-and-writer Joel Souza, 48, injured.

James tweeted: "My heart goes out to all of those affected by the tragedy today on Rust, especially Halyna Hutchins & her family."

'Lord of the Rings' star Elijah Wood also paid tribute to Halyna and send his thoughts to her loved ones.

He wrote: "Absolutely horrifying and devastating news about cinematographer, Halyna Hutchins. My heart goes out to her family."

'Sinister' screenwriter C. Robert Cargill heaped praise on the cinematographer's work and described her death as a "tragic loss for cinema".

He said: "I loved Halyna Hutchins' work so much. It's not only a tragic loss for cinema but to so many of you I know who worked with her. You and her family are all in my thoughts tonight. I'm heartbroken for you all."

And 'The Haunting' creator Mike Flanagan added: "My heart breaks for the family and friends of Halyna Hutchins - this is just horrifying and devastating news."

Santa Fe County Sheriff Juan Rios confirmed the identities of the two crew members shot and that it was the 68-year-old Hollywood star who discharged the firearm, and while no charges have been made at this time, the investigation is ongoing as they continue to interview witnesses.

A statement read: "The sheriff's office confirms that two individuals were shot on the set of 'Rust'.

"Halyna Hutchins, 42, director of photography and Joel Souza, 48, director, were shot when a prop firearm was discharged by Alec Baldwin, 68, producer and actor."

No "foul play" is suspected "at this time", however, a criminal investigation is required to establish "exactly what happened".

Filming has been halted on the movie - which sees Alec portray the titular role of infamous outlaw Harland Rust - and producers have paid tribute to Halyna and offered psychological support to anyone affected by the tragedy.

A spokesperson for Rust Movies Productions LLC told Deadline: "The entire cast and crew has been absolutely devastated by today's tragedy, and we send our deepest condolences to Halyna's family and loved ones.

"We have halted production on the film for an undetermined period of time and are fully cooperating with the Santa Fe Police Department's investigation.

"We will be providing counselling services to everyone connected to the film as we work to process this awful event."