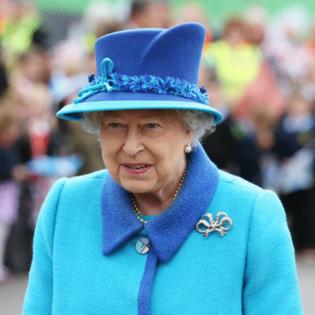 Queen Elizabeth spent the night in hospital after cancelling her visit to Northern Ireland on her doctors' orders.

The 95-year-old monarch was forced to cancel her plans to visit Northern Ireland for a busy two days of public engagements earlier this week after doctors told her to rest.

And on Thursday (21.10.21), Buckingham Palace confirmed the Queen went to hospital for "preliminary investigations" on Wednesday (20.10.21), where she stayed overnight before being sent back home to Windsor on Thursday.

The Palace spokesperson said: "Following medical advice to rest for a few days, The Queen attended hospital on Wednesday afternoon for some preliminary investigations, returning to Windsor Castle at lunchtime today, and remains in good spirits."

It is believed the overnight stay was for practical reasons, and the monarch was back at her desk on Thursday afternoon and was undertaking light duties.

The news comes after the Queen expressed her "disappointment" at being unable to visit Northern Ireland.

In a statement, Buckingham Palace said: "The Queen has reluctantly accepted medical advice to rest for the next few days.

"Her Majesty is in good spirits and is disappointed that she will no longer be able to visit Northern Ireland, where she had been due to undertake a series of engagements today and tomorrow.

"The Queen sends her warmest good wishes to the people of Northern Ireland, and looks forward to visiting in the future."

She was due to arrive in Hillsborough in County Down, Northern Ireland, on Wednesday afternoon, where she was going to attend a church service to commemorate the centenary of the foundation of Northern Ireland.

Elizabeth has hosted a number of events in the last few days, such as a global investment summit at Windsor Castle on Tuesday evening (19.10.21), and last week, she appeared at the Senedd, the Welsh Assembly.

She was also at Westminster Abbey last Tuesday, where she used a walking stick in public for the first time.