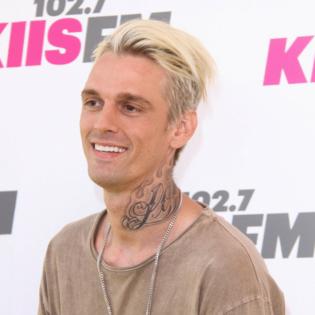 Aaron Carter has escaped jail after reaching a plea deal in his 2017 DUI case.

The 'Crazy Little Party Girl' hitmaker was stopped by police in Habersham, Georgia, when out with his then-girlfriend Madison Parker in 2017 but declined to submit to a breathalyser test when officers suspected he'd been drinking, and now the case has been closed after Aaron made a deal with prosecutors.

A Habersham County court clerk told TMZ the 33-year-old star has agreed to plead no contest to reckless driving and will be placed on 12 months of probation, as well as having to complete 40 hours of community service, take DUI risk reduction classes, and undertake a drug and alcohol evaluation and then comply with any other treatment that is deemed to be appropriate.

In addition, Aaron will also have to pay around $1,500 in court fees and fines.

In return, the DUI charge will be dropped.

In June, Aaron took on Lamar Odom in a boxing match but lost two rounds into the three-round contest.

While both stars came out swinging, onlookers at the Showboat Casino in Atlantic City insisted that 41-year-old Lamar - who is 10 inches taller than Aaron - was clearly in control from the beginning.

Aaron went down halfway through the second round, but there were no hard feelings as the pair shared a hug at the end.

Lamar had previously predicted that he would knock Aaron out in the first round.

When asked if he could knock Carter out in the first round, Lamar said: "Yeah. Probably, I would say the first minute."

Meanwhile, Celebrity Boxing honcho Damon Feldman previously revealed that both stars were training hard for the event and were taking the fight "very seriously".