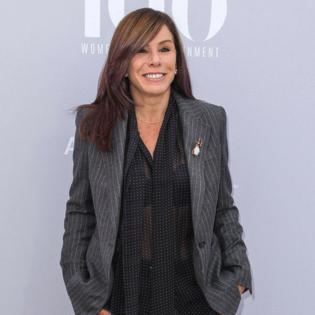 Melissa Rivers says her mother, Joan Rivers, once told her Thanksgiving was just about the pilgrims being "bad guests".

The 53-year-old actress has opened up on some of the white lies her late mother and comedy icon Joan - who passed away in 2014 - used to tell her as a child in her upcoming book, 'Lies My Mother Told Me: Tall Tales from a Short Woman'.

And speaking about one lie in particular ahead of the book's release next year, Melissa said she was told that the American holiday of Thanksgiving was simply a life lesson on being a good dinner party guest.

She said: "[In the book] we write my mother's version of telling me the story of the first Thanksgiving. It's all based on the premise that the pilgrims were terrible guests.

"The premise of the story is about not being a bad guest. The pilgrims showed up for dinner and changed the place cards around after the seating chart was done so carefully. They showed up overdressed like they were going somewhere after when the invitation clearly said casual."

Thanksgiving is celebrated in the US every November, and is a national holiday that honours the early settlers - known as pilgrims - and Native Americans who came together to have a historic harvest feast.

Other tales in Melissa's book include Joan's claim that she once met the Pope in a theatre and told him to take off his hat.

And Melissa insisted her book wasn't a "therapeutic" exercise for her, as it's supposed to be a "fun and silly" take on her mother's legacy.

Speaking to the 'Podsauce' podcast, she said: "This isn't a therapeutic book; this is a fun book. This is a satire. It is a hyper-realistic version of stories my mother told. It's just fun and silly.

"There's a kernel of truth in each one, but when you see it, it's very over the top. It's basically a lot of different events through history and life.

"It's a very 'world according to Joan' type of thing as remembered by me."