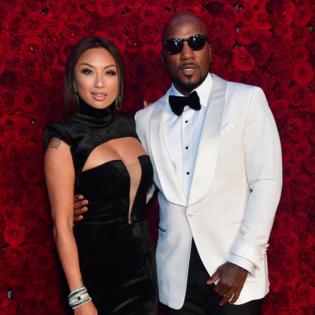 Jeannie Mai is "scared" about being able to keep her child safe.

The 'Real' co-host - who is expecting her first baby with husband Jeezy - previously revealed she was sexually abused when she was just nine years old, leading to a long estrangement from her mother, and she's admitted her childhood trauma was one of the biggest reasons why she was hesitant to start a family of her own.

Speaking on her 'Hello Hunnay with Jeaanie Mai' YouTube channel, she said: "As a child, when you are taken from things that feel good and whole and safe, it's hard to see anything as trustworthy moving forward. I realise that the reason I didn't want to have kids is because that feeling when I was a kid was so real and so damaging to the point that I'm 42 today still dealing with trust issues and confidence."

"It still scares me whether or not I can keep a kid safe from someone else who might hurt them."

The 42-year-old star - who has three children from previous relationships - credits Jeezy for changing her stance on having children, because there was "no pressure on either side" and he made her want to "build anew" and provide a childhood she had "never had".

And now Jeannie can't wait to be a mom.

She said: "I'm so thankful because I've never felt this ready. I've been through so much, and I've survived and I'm shining. My heart is ready… I was meant to be a mom."

But Jeannie will always stand by the woman who choose not to have children.

She said: "I was always -- and still am -- very protective of women and people who don't want to have kids.