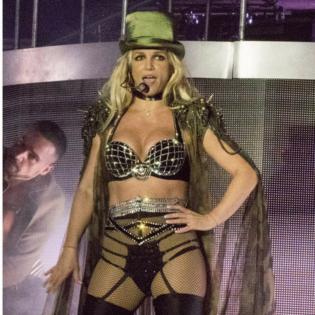 Britney Spears has insisted much of the documentaries about her are "not true".

She wrote on Instagram: "It's really crazy guys … I watched a little bit of the last documentary and I hate to inform you but a lot of what you heard is not true!!!" she wrote. "I really try to disassociate myself from the drama !!! Number one … that's the past !!! Number two … can the dialogue get any classier ??? Number three … wow they used the most beautiful footage of me in the world !!! What can I say .. the EFFORT on their part!!!(sic)"

Britney's comments came after her fiance, Sam Asghari, said the makers of the documentaries - including Netflix's upcoming 'Britney Vs. Spears' - should have asked for the 'Slumber Party' singer's approval.

He wrote on his Instagram Story: "Past docs left bad after taste. I'm hopeful this one will be respective. I don't blame CNN, BBC or NETFLIX ([which] got me thru lockdowns [praying hands emoji] for airing them because as an actor I tell other people's stories too. I question producers who made them 'just to shed light' without input or approval from subject. Any credit for light being shed should go to #freebritney [red heart emoji].(sic)"

And Sam previously admitted he hoped the companies weren't profiting from the documentaries.

Commenting on the 'Britney Vs. Spears' trailer on Netflix's Instagram page, he wrote: "I hope the profit from these docs go towards fighting [against] injustice #freebritney."