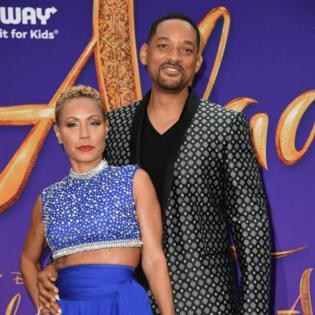 Will Smith dreamed of having a harem of girlfriends including Halle Berry and Misty Copeland.

The 'Men In Black' actor - who is married to Jada Pinkett Smith - discussed his fantasy with intimacy coach Michaela Boehm and even had her work on the list with him and planned to contact the women, but ultimately realised the idea was "horrific".

He said: "I don't know where I saw it or some s*** as a teenager, but the idea of travelling with 20 women that I loved and took care of and all of that, it seemed like a really great idea.

However, Will still found it helpful to discuss his fantasy in depth.

He explained to America's GQ magazine: ""What she was doing was essentially cleaning out my mind, letting it know it was OK to be me and be who I was.

"Whereas in my mind, in my Christian upbringing, even my thoughts were sins. That was really the process that Michaela worked me through to let me realise that my thoughts were not sins and even acting on an impure thought didn't make me a piece of s***."

Last year, Will and Jada candidly discussed the actress' "entanglement" with singer August Alsina but the 'Aladdin' star admitted to the publication that his wife wasn't "the only one engaging in other sexual relationships" outside of their marriage.

However, he declined to go into detail, particularly because his mindset has changed in recent years.

The 63-year-old actor fired a prop gun on the set of the Western movie 'Rust' last week, accidentally killing the cinematographer ...Read More

The 78-year-old actor stars in the new Stephen Merchant-created TV show 'The Outlaws', and Stephen has opened up about his experience of working with the Hollywood ...Read More

The Denis Villeneuve-directed sci-fi movie was released earlier this month and Legendary Entertainment has already announced plans to launch a sequel in 2023, revealing the news via a Twitter ...Read More