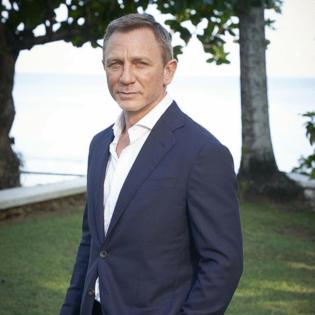 The 53-year-old actor - who will be making his fifth and final appearance as Ian Fleming's fictional British spy in 'No Time To Die' - insisted the character of 007 and the films as a whole have to stay "relevant".

He told SFX Magazine: "I think they have to [movie with the times]. They reflect the times, not because we're trying to be a clever d**k by referencing everything.

"You know, how is he relevant? I'd say, 'Yes, he is relevant, because he's an emotional human being. Watching someone struggle and go through things is interesting.'

"So then he's worth watching."

Director Cary Joji Fukunaga also weighed in on the issue, and admitted he's tried to strike a balance between having a modern hero in Bond, while staying true to his essence from the books and earlier films.

He explained: "I've been thinking about this a lot. George Lazenby said that even in his era he thought James Bond was passé.

"That question keeps being asked - is he still relevant? Do we still need James Bond? I think the very question - and the fact the question is being asked - means that there is a need for him.

"If there was no question it would just sort of dissipate, right? But the question comes with an aspiration, I hope?

"I think the character will continue to adapt with the times. We can't even guess what society will be like 20 years from now, but assuming we're all still alive there will be a Bond, and he will adapt even beyond where we are right now, and we'll look back on this era as being dated.

"But there will be parts of him that will always remain the same."

The 63-year-old actor fired a prop gun on the set of the Western movie 'Rust' last week, accidentally killing the cinematographer ...Read More

The 78-year-old actor stars in the new Stephen Merchant-created TV show 'The Outlaws', and Stephen has opened up about his experience of working with the Hollywood ...Read More

The Denis Villeneuve-directed sci-fi movie was released earlier this month and Legendary Entertainment has already announced plans to launch a sequel in 2023, revealing the news via a Twitter ...Read More