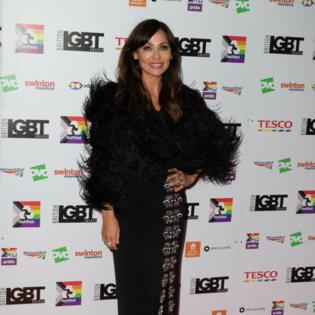 Natalie Imbruglia says her period of writer's block was "connected" to her "yearning" to become a mother.

The 46-year-old singer struggled to pen music during her sessions for her 2015 album 'Male' and she believes, in hindsight, it was because all she could think about was wanting to have a child.

And Natalie, who shifted her focus to acting during her hiatus from music, explained how she felt compelled to return to the studio after reconnecting with her fans on her last tour in 2017.

She said: "Oh, gosh. What hasn't gone on in that time?

"I don't know if you know that I quit music for a while and took quite a big break and studied acting. It comes out in [2015's] 'Male'. I did that album, and I think during that whole period, I had writer's block but wasn't really being honest with myself about that. And then my label I was signed to made me do a covers album before they'd let me do original material.

"I did that, but I have to say, that tour was really amazing. I reconnected with my fans. I really missed singing my own stories, so it just motivated me to want to be on stage singing my words. You know?"

Natalie - who re-signed to BMG in July 2019 after leaving the label in 2007 - added how being pregnant was like a massive "exhale" and boosted her creativity.

She told GRAMMYs.com: "100 per cent. I also think yearning to be a parent has got to be connected to the writer's block. Clearly, that was something important to me, and it was a long journey to get there through relationships, single - the whole thing has been a long journey.

"When I finally was pregnant, I think it was like an exhale. I'm sure, for creativity, that's got to kind of have timed around when I was having this creative flow. Yeah, unconditional love, the experience of being a parent, the unknown--all those things were amazing for writing."