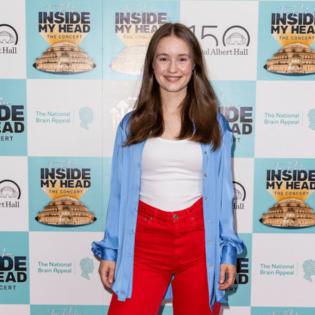 The 25-year-old Norwegian pop star embarked on a "new era" with her recent singles 'Mirrors' and 'Burning Bridges', and she has revealed she has a lot more new tunes on the way for fans.

Speaking to BANG Showbiz at The Wanted star Tom Parker's 'Inside My Head' Stand Up to Cancer charity concert at London's Royal Albert Hall earlier this week, she said: "I've started this new era which is very exciting with 'Mirrors' and 'Burning Bridges' and there will be new music very soon. I'm pretty much scheduled up!"

The music the 'Strangers' hitmaker - who released her debut studio album, 'Sucker Punch', to acclaim in 2018 - is writing currently is her most personal and "honest" to date.

She added: "I think the new music I'm writing - it's not necessarily linked to the last two years but there is some inspiration from having a lot of time to think about yourself. [The lyrics] are quite honest."

And not being able to play concerts amid the global pandemic was a big source of inspiration for the new material.

She said: "I missed it so, so much. Not being able to tour, inspired a lot of the new music.

"[The pandemic] has been a crisis for the music industry and it's been really hard to not be able to tour and it's hard for everyone who works in the industry. It's huge! But we're slowly getting back and that's incredibly exciting!"