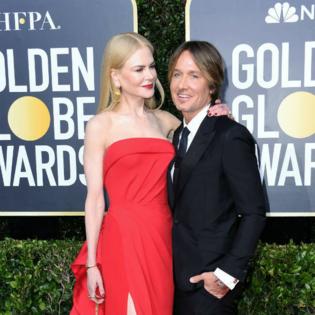 Nicole Kidman was a "goner" after Keith Urban proposed to her at 5am in New York City.

The 53-year-old singer has been married to the award-winning actress since 2006, and Nicole has revealed the unusual circumstances surrounding their engagement.

During an appearance on 'The Tonight Show Starring Jimmy Fallon', Nicole recalled: "He sat on the stoop of my New York apartment. I came out at 5am in the morning, and it was my birthday, and he had flowers. And that was it. I was a goner. I'm like, 'Yes I'll marry you.'"

Jimmy subsequently congratulated Nicole, 54, on 15 years of marriage to the musician.

And the actress replied: "For a second there, I thought you said 50 years! Hopefully one day, but 15 years, which is pretty amazing, right?"

Asked about their previous anniversary celebrations, Nicole explained: "I don't like a surprise party. I had a surprise party once and I broke out in a cold sore on the spot ... I literally did it was too stressful.

"It was like I was seeing apparitions - it was bizarre."

Meanwhile, Keith recently revealed that the Hollywood star is a skilled gambler.

The 'Nine Perfect Strangers' actress has been spending time in Las Vegas with her husband ahead of his Caesars Palace residency reopening, and he admitted that Nicole knows her way around the casino floor.

"I don't gamble. It would not go well, my wife's much better at it than me, so I leave it to her. She knows how to do it."