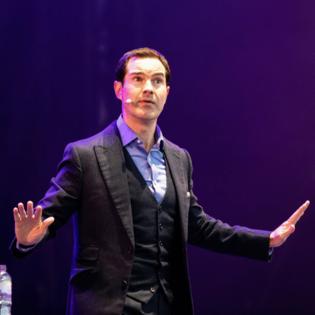 Jimmy Carr still has a panic attack every morning at 5am.

The 49-year-old comedian previously invested in a tax avoidance scheme which came to light in 2012.

This led to him being called "morally reprehensible" by then Prime Minister David Cameron at the time- and he still wakes up in a cold sweat because of it.

Speaking in his autobiography 'Before & Laughter' which is being serialised by the Daily Mail newspaper, Carr said: "I still wake up to a panic attack every morning, around 5am.

"The disruption to my sleep pattern has stayed with me.

"I had an incredibly visceral response to being publicly shamed.

"I was having panic attacks, I wasn't sleeping, it was overwhelming, I could barely function.

"All I could do was wander zombie-like through the week."

The '8 Out of 10 Cats' star was so concerned about how it would potentially impact on his reputation that he feared he'd never be able to do stand-up again.

He added: "For me, the worry was less about the money and more about no longer being a comedian.