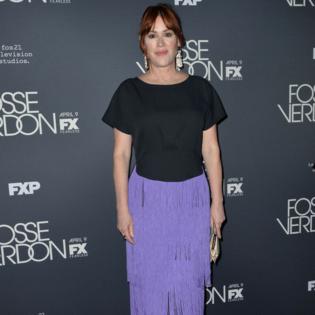 The 53-year-old actress decided to relocate to the French capital in the 90s, despite enjoying success in Hollywood, where she starred in movies such as 'The Breakfast Club' and 'Office Killer.

She said: "I don't regret going to France for a second. I felt like if I was ever going to do something else for a while, that was the right time."

The actress had built a successful career as a teen actress in the 80s but she decided to relocate following a series of unpleasant incidents on-set.

Molly told Life & Style magazine: "At 13, a 50-year-old crew member told me that he would teach me to dance and proceeded to push his erection up against me."

Molly also claims she was once forced to wear a dog collar on set, even though it wasn't mentioned in the script.

She said: "I told [my agent] and he just laughed and said, 'Well, I guess that's one for the memoirs.' I fired him and moved to Paris not long after."

On the other hand, Molly has heaped praise on 'Breakfast Club' director John Hughes, admitting he was crucial to her early success.

She said: "I felt like he really got me. I felt completely understood. [I even] had a mad crush on him! It's pretty heady stuff to have someone who is so inspired inspired are writing movies [for you] and studios are doing them."

Molly previously admitted that the late director had more faith in her than she did in herself.

She explained: "John saw something in me that I didn't even see in myself.

"He had complete confidence in me as an actor, which was an extraordinary and heady sensation for anyone, let alone a 16-year-old girl."