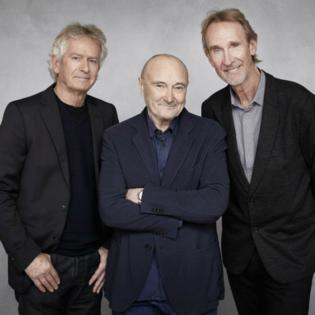 Phil Collins has ruled himself out of future Genesis tours.

The 'Invisible Touch' hitmakers - also comprising Mike Rutherford and Tony Banks - kick off their first tour since 2007 in Birmingham tonight (20.09.21), and the 70-year-old musician has insisted his ongoing health issues, which have rendered him unable to play the drums, mean it's unlikely he'll be back on stage with his bandmates after 'The Last Domino?' tour.

Phil told the new issue of Mojo magazine: "This English and American tour, that will be enough for me."

Although, Keyboard player Tony, 71, suggested: "I think it depends a little bit how it goes. How Phil stands up to it all. How the audience receive it, and how we all feel about it, really."

Phil's son Nic Collins is replacing his father on the drums.

He said: "I'm kind of physically challenged a bit, which is very frustrating because I'd love to be playing up there with my son."

Just last week, the 'In The Air Tonight' hitmaker admitted he can "barely" hold a drum stick in his hand.

Phil has suffered for a long time with his health as he injured a vertebrae in his upper neck while performing in 2009.

And two years later, he stepped back from performing due to crippling nerve damage, which left him unable to play the drums, before returning in 2015.

Some of his most recent solo shows saw him perform from a chair.