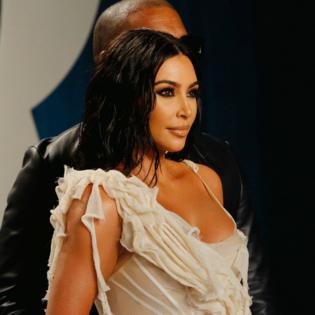 Kim Kardashian West's daughter North wants to be an only child.

The 40-year-old reality star opened up about the "struggle" she faces with North, five while appearing on 'The Ellen Degeneres Show', revealing she is not thrilled to have brother Saint, five, and sisters Chicago, three, and Psalm, two.

She said: "North, I thought she was gonna grow out of this like, 'I want to be an only child' phase,'. She hasn't."

The reality TV superstar also spoke of how difficult the school run can be, as the self-proclaimed "carpool mom" visits three homes a day to ferry the neighbourhood children to school.

The 'Keeping up with the Kardashians' star told Ellen: "It's a struggle even to go to school. There'll be times when she's like, 'I'm not riding in the car with my brother.' So morning drop-off has to be a fun thing, and luckily, so many of our friends and cousins, they all live in the same neighborhood, so I'm the carpool mom."

Revealing sometimes that she has to split her brood into two vehicles on the school run, she added: "I have to separate the kids because [North] wants her own music, she wants her own vibe, she wants to sing with her [friends]. So I have to trade-off. It's always a thing - bribes."

Kim - who has her children with estranged husband Kanye West - feels very "lucky" to be a mother but readily admits there are many difficult and challenging moments.

She said: "I got really lucky [but they] definitely give me a hard time."

Kim's sister Kylie Jenner, 24, recently announced that she and boyfriend Travis Scott, 30, were expecting their second child, but her sibling's pregnancy has not inspired her to add a fifth kid to her family.