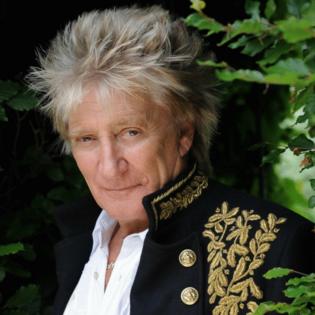 Sir Rod Stewart's new record is all about love and sex.

The 76-year-old music legend has announced his 31st studio album, 'The Tears of Hercules', and released the lead single 'One More Time', which is about wanting to bed a former flame after a breakup.

Rod - who is married to Penny Lancaster - told BBC Radio 2: "The story behind the song is you know when you break up with somebody and the sex was amazing and you just want to do it one more time?

"That's what the song is about. It's happened to all of us I'm sure.

"The songs are more or less life stories. Unfortunately, a lot of them have got to do with love and sex on this album. Well not, unfortunately, that's the way I was feeling and they are just things that have happened to me."

The 12-track LP, which is released on November 12, marks the 'Da Ya Think I'm Sexy?' hitmaker's fourth new album of original material since 2013, with nine new tracks featured alongside covers of songs by the likes of Marc Jordan and Johnny Cash.

Meanwhile, the rocker recently opened up about his rampant sex life with his third wife - with whom he has sons Alastair, 15, and Aiden, 10 - and admitted love-making has gotten "more spiritual" for him later in life.

The father-of-eight explained: "Sex becomes more spiritual as one gets older. I love sex with my wife, but I love just giving her a hug.

"Every night we have a kiss and a hug, and that doesn't always lead to sex but it's still lovely.