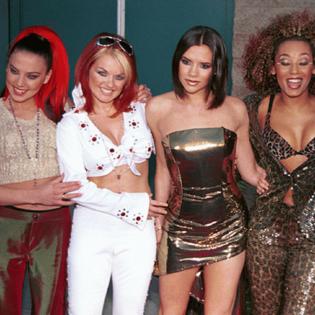 Victoria Beckham only scored five out of 10 for singing in her Spice Girls audition.

The band's founder Chris Herbert has spilled all the secrets of the formation of the iconic girl group - also comprising Geri Horner, Melanie C, Emma Bunton, and Mel B - in 1994.

On 'Spice Girls: How Girl Power Changed Britain' - which kicks off tonight (14.09.21) at 9pm on Channel 4 - Chris, who put together the lineup with his father, Bob, also of Heart Management, reveals all about the audition process for the 'Wannabe' group, originally called Touch.

And Chris - who was replaced by Simon Fuller as their manager - has insisted Posh Spice, 47, now a fashion designer, didn't have the best singing voice but there was something striking about her.

While Ginger Spice (Geri), 49, "always had an excuse and managed to move herself through" each stage of the audition process.

The audition revelations come after the band's former voice coach previously slammed Mel B for saying Victoria had her mic turned down when they performed live.

Legendary British jazz star Pepi Lemer, who was the 'Viva Forever' hitmakers' original voice coach, felt it was "unfair" of the 46-year-old singer - also known as Scary Spice - to single out her bandmate because they all had their own individual vocal faults.

Although, when they harmonised together, they were much stronger.

Pepi told BANG Showbiz in 2016: "I was surprised Mel did say that because each one of them had defects.

"They weren't trained properly, and each one of them had weaknesses that had to be strengthened, but singing as a group they were strong.

Bryan Adams has confirmed he is "symptomatic" of COVID-19 - but is "on the mend".

The 'Heaven' hitmaker, 62, went to the hospital in Milan, Italy, after getting a second positive coronavirus test result, and later ...Read More

The 31-year-old reality star recently walked out on her fiance - who she got engaged to three years ago and has eight-month-...Read More

The Hollywood actress was diagnosed with the autoimmune disease MS - which affects the central nervous system - earlier this year, and ...Read More

The 'Deadpool' star took to Instagram to share a video of his reaction to former Barenaked Ladies ...Read More

Gary Oldman allegedly slept in a coffin "every night" to prepare for his portrayal of Count Dracula.