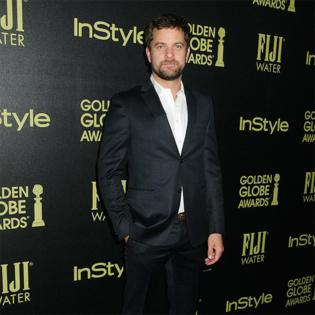 The 'Dr. Death' star was born in Vancouver but raised in Topanga, California, until he was eight, before moving back to Vancouver following his parents' divorce.

Joshua eventually bought the Topanga home he lived in as a child in 2001, and currently lives there with his wife, Jodie Turner-Smith, and their 15-month-old daughter Janie.

Speaking about buying the home, he said: "My father unfortunately was not a good father or a husband and exited the scene, but that house in Topanga was where everything felt simple, so it was a very healing thing for me to do."

Janie now sleeps in her father's childhood bedroom, and Joshua says he was amazed his room looked the same as it did when he lived there.

He added: "There was a mural of a dragon on the wall in that room that I couldn't believe was still there, years later. The owner [who sold him the house] said, 'I knew it meant a lot to somebody and that they were going to come back for it some day.'"

The 43-year-old star also said becoming a father himself has changed his priorities in "every possible way".

He said: It's 100 per cent changed how I approach my work and my life. That has been made so clear to me in this past year.

"For me to feel good about what I'm doing day to day, my family has to be the central focus."

And Joshua admitted being at home with his wife and daughter amid the COVID-19 pandemic has made him realise how hard it can be for new fathers to head off to work so soon after welcoming a child.

He told Mr. Porter magazine: "I now recognise how perverse the way that we have set up our society is.

"There is not a father I know who works a regular job who didn't go back to the office a week later. It's robbing that man of the opportunity to bond with his child and spend time with his partner."