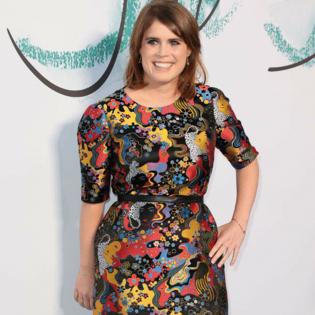 The 31-year-old royal - who is the daughter of Prince Andrew and Sarah, Duchess of York - founded The Anti-Slavery Collective with her friend Julia de Boinville in 2017 and she has credited non-fiction tome 'Half the Sky' with helping them learn about the oppression women across the globe face.

In an interview with authors Nicholas Kristof and Sheryl WuDunn, Eugenie said: "Everyone welcome today, this is such an exciting day because we are talking to Nick and Sheryl, who are a powerhouse couple that Jules and I have been inspired by from the beginning of our talks in modern slavery and wanting to fight this cause.

"And you two wrote this book, 'Half The Sky', which honestly - Jules, you seem to think my mum gave it to us..."

Julia added that a visit to India had helped inspire them to come up with the charitable initiative.

She said: "I think your mum gave us both a copy when we were about 21 years old and it was after we'd been to India to visit a safe house, and the first time we'd learned about human trafficking, and this book really spurred us on and inspired us to set up The Anti-Slavery Collective, so this is a big fan girl moment for Eugenie and I."

She previously said: "The Anti-Slavery Collective's mission is to bring people together because together we are so much more powerful and we can effect serious change."

Triple H has thanked everyone for their support after he suffered a cardiac event.

The WWE legend - whose real name is Paul Levesque - is continuing to recover after it was revealed earlier this month that he'd undergone ...Read More

Bella Thorne plans to invite all of the 'Shake It Up' cast to her wedding.

The 23-year-old actress is engaged to Italian singer Benjamin Mascolo, and she's revealed that she wants the entire cast from the Disney Channel ...Read More

The 44-year-old rap star has decided to part with an eye-watering sum of money to secure the spectacular abode on the waterfront, ...Read More

Jordana Brewster would love to star in an all-female 'Fast & Furious' spin-off movie.

Ashanti is set to star in and produce 'The Plus One'.

The 40-year-old star will play the role of Lizzie in the upcoming rom-com, in which she urges her on-screen "Male of Honour" Marshall not to bring his hated ex to her ...Read More

John Boyega has been cast in 'The Woman King'.

The 29-year-old actor is to feature alongside Viola Davis and Thuso Mbedu in the historical epic.