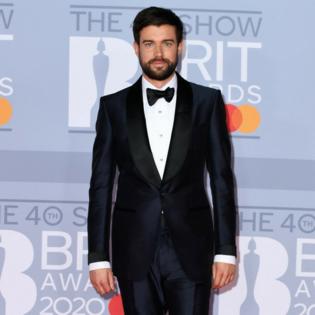 Jack Whitehall has had to move out of his new house after it was damaged by floods.

The 'Jungle Cruise' actor - who is dating model Roxy Horner - only bought his £17.5 million abode in Notting Hill, west London, last month but he's been left "gutted" after heavy rainfall last week saw water deluge the kitchen and dining area, leaving the parquet flooring ruined and him left temporarily living in a hotel.

A source told The Sun newspaper: "He's gutted. Talk about putting a dampener on moving in. The house is incredible and he loves it. There's even a lift and swimming pool in it. He wasn't expecting the kitchen to become a pool as well.

"Roxy doesn't live there full time but she is there most of the week now and it would definitely make the perfect home to start a family.

"It has loads of bedrooms and a nice outdoor space.

"The courtyard is enclosed at the back and it started to flood very quickly.

"The rain was unbelievable and just didn't stop coming.

"It started to flood into the back of the house, it came into the kitchen.

"They had to move out while the repairs are being done. The flooring was ruined and it was really expensive stuff.

"That all needs to be replaced now."

The title and release date for the third 'Fantastic Beasts' movie has been announced.

The 22-year-old rapper has revealed to fans on Twitter that he has an incomplete track that he wanted to send to the 'Born This Way' hitmaker to see if she fancied ...Read More

The 56-year-old star - who was one of the world's most famous supermodels in the 1990s - has revealed she has ...Read More

Daniel Craig celebrated getting the James Bond role by getting drunk on vodka martinis on his own.

The 53-year-old actor - who will be making his fifth and final appearance as Ian Fleming's fictional British spy in 'No ...Read More