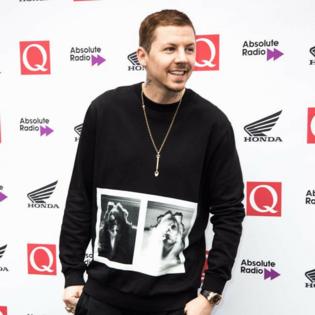 Professor Green says Father's Day is "bittersweet" for him after his own dad wasn't around when he was growing up.

The rapper's dad tragically took his own life in 2008, and they hadn't spoken for eight years prior to his passing after falling out, and he admits that now he is a dad, the whole day has a new being.

Speaking about Father's Day, which falls on Sunday June 20, he said: "My own dad not facing his responsibilities as a father taught me to be a man - I would never make the mistakes he has. It's like most occasions, Father's Day. It's like Christmas. I've not been one for Christmas until now. Father's Day this weekend is definitely bittersweet for me. Father's Day was not something I got to enjoy with my father very much. But now being a father means something completely different."

And Professor Green - who welcomed son Slimane three months ago with Karima McAdams - "never thought" he'd be so happy about being a father.

Speaking about how his mindset has changed, he added: "The birth of our son is going to completely change how I feel about the word 'dad'. I never thought I would be the kind of person who counted in weeks how young a baby is. But here we are - he's 13 weeks!"

Professor Green is "enamoured" by his girlfriend Karima.

He told the Sunday Mirror newspaper: "I have never been more enamoured. My admiration for her just continues to grow. Biology is incredible. I have never seen something so incredible as birth. Trying to describe it, I could not articulate anything for the first few days. I still find it difficult. It's just crazy. It's mental. It's mad. That's as far as I get when asked about what it is like becoming a dad."