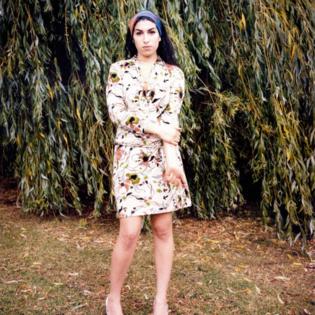 Tyler James recently released his tome 'My Amy: The Life We Shared', which detailed his friendship with Amy and the lead-up to her tragic death but Amy's parents Janis and Mitch, are reportedly upset by what they consider to be inconsistencies in his story.

A source told The Sun newspaper's Bizarre column: "Tyler had been close since his early teens and they considered him one of their own. But they weren't told or ¬consulted about this book.

"They are particularly upset that Tyler has been claiming to be the only friend left who was not paid to be around Amy towards the end of her life, but many of her closest pals including her fiancé Reg Traviss are totally missing from his story.

"After all the financial support that Amy and her family gave Tyler, to hear these claims from him has left a bad taste in the mouth.

"Key ¬people in her life have just been left out. Tyler paints ¬himself as the only one trying to help Amy while others exploited her."

And Amy's parents have confirmed that they are upset that Tyler went ahead with the book about their daughter, who died aged 27 on July 23, 2011, despite their concerns.

A spokesperson for Amy's parents said: "Amy's parents are disappointed that Tyler has gone ahead with this book without consulting them, and dispute many of his claims."