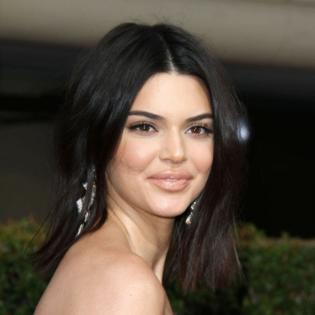 Kendall Jenner has "practically moved in" with her boyfriend Devin Booker.

The 25-year-old model recently celebrated her first anniversary with Devin, and sources have now said the pair are so serious about their love for one another that they've all but officially moved in together.

An insider said: "He's practically moved in with her."

The source also claimed Kendall and the 24-year-old NBA star work so well together because they've struck the perfect "work-life balance" and "really respect each other's careers".

They added to Us Weekly magazine: "They really respect each other's careers and give each other space to focus on her modelling or his basketball career. That's probably what makes their relationship work so well is that they have that work-life balance."

Meanwhile, it was recently revealed Kendall didn't allow any of her former partners to appear on 'Keeping Up with the Kardashians' because she had a "rule" about making sure her boyfriends were serious about their romance before taking part in the E! series, which came to a conclusion last week.

Executive producer Farnaz Farjam said: "Kendall's always had this rule - she felt like she had to be with someone for at least a year before she let them be a part of the show, because she doesn't always know what people's intentions are. So that's why we kind of kept her personal life out of it, just because she had a rule."

Devin just missed out on being part of the series, as he celebrated his first anniversary with Kendall last week, just days before the final ever episode of 'KUWTK' aired.

Marking the special occasion on social media, Kendall shared sweet photos of herself with Devin, 24, including one which showed them snuggling up together as they played with a dog, and another which saw them cuddle together whilst on what appeared to be a private plane.

On Devin's account, the basketball star posted a trio of snaps from the pair's time together, one of which was captioned "365" and another "52", in relation to the number of days and weeks in a year.

The final image showed the sun setting by a waterfront outdoor dining area, and he captioned it with the number "1" alongside an orange heart emoji.