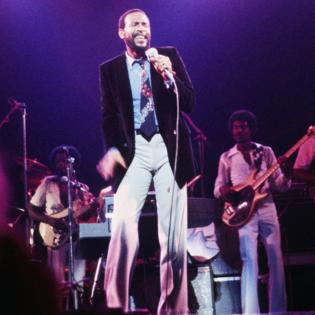 Allen Hughes will direct the film - which is expected to have a budget of more than $80 million - about the legendary soul singer, and he will produce the movie alongside Dr Dre, Jimmy Iovine and Andrew Lazar.

Hughes told Deadline: "This is so personal for me.

"When I made my first film with my brother, we were fortunate to get 'What's Going On' into the trailer for 'Menace 2 Society', and it was a game changer in elevating the marketing of that film.

"Every film of mine but the period film 'From Hell' had some Marvin Gaye in it, and I've just always connected to him.

"He's the artist's artist, with this ethereal voice that just comes out of the heavens.

"There have been plenty of great artists, and then Marvin, in his own lane.

"When you listen, in one measure you feel like you've read a novel.

"Such a rich inner life in that voice, heavenly but riddled with pain, the agony and ecstasy at the same time.

"When he gained his independence in the '70s, with that album 'What's Going On', then 'Trouble Man' and 'Let's Get It On', 'I Want You' and his final masterpiece 'Here, My Dear', when it comes to vocal orchestrations and the way he layered his voice, he's Mozart."