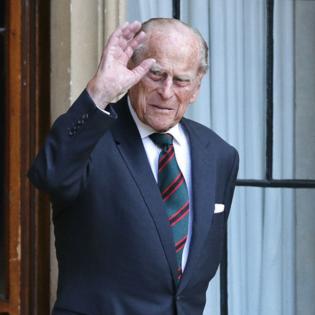 The late husband of Queen Elizabeth passed away in April at the age of 99, and his daughter-in-law Sophie, Countess of Wessex, has now said the royal family are still grieving his death as well as trying to spend "as much time with the Queen" as they can amid the ongoing COVID-19 pandemic.

Sophie - who is the wife of the Queen and Philip's son, Prince Edward - said: "[Prince Philip's death] left a giant-sized hole in our lives. I think unfortunately the pandemic has slightly skewed things, inasmuch as it's hard to spend as much time with the Queen as we would like to. We've been trying to, but of course it's still not that easy.

"I think the whole grieving process is probably likely for us to take a lot longer."

The countess also noted that grieving has been hard for many families who have lost someone over the past year, as social distancing has made it difficult for loved ones to get together.

She added: "Of course, the normal way of things isn't normal yet, so we're not necessarily doing the things that we would normally have done with him. It may be the same for many other families out there. Because if you're not living with somebody, 24/7, the immediate loss isn't necessarily felt in the same way, as if somebody was in the house with you all the time.

"So if they were normally at a slight distance, living down the road, whether it be 15 minutes, or 1,500 miles, it's only when you would do the normal things that you would have done with them, and you suddenly realise that they are not there, that you really start to have an 'Oh my goodness' moment."

And Sophie admitted she still has moments where it really hits her that Philip has passed away.

Speaking on BBC Radio 5 Live, she explained: "We were lucky enough to go to Scotland for half-term, and I don't know if you remember the photograph that I took. Just to be there, in that place, was an 'Oh my God' moment. Um, so I think they'll come and go, but you have to let them come, and let them go.

"And I had the same when I lost my mother. You know, I'd be fine, absolutely fine, fine, fine. And then something happened, or you'd hear a piece of music, or you'd do something, and suddenly you would, you know, get taken off at the knees. So there'll be lots of moments like that. But it's good to remember."