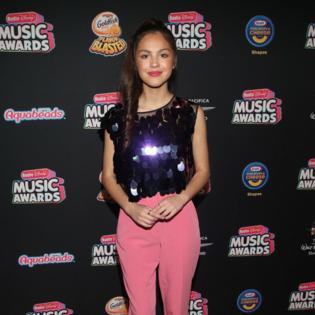 She explained: "I've always been such an oversharer.

"I'll tell my Uber driver all of my deepest traumas and insecurities, and so I just think songwriting for me is an extension of that aspect of my personality. I've never really been so terrified of people learning about the intimate parts of myself; I think that's what makes songwriting so special."

Olivia - who is currently preparing to release her debut album, 'Sour' - admits to being inspired by the success of Billie Eilish.

Speaking about the award-winning star, she told NME: "She's so intelligent and I think it's so awesome that girls can look up to somebody like her, who's so brave and intelligent."

The teenage star rose to fame on the Disney Channel and she's admitted to being fearful of being pigeon-holed as a Disney artist.

The 'Drivers License' hitmaker explained: "That's not to knock Disney Channel artists. Some of my favorite artists came from Disney Channel … But yeah, I always wanted to do something different. I never wanted to be a pop girl; that was never my prerogative.

"I always wanted to write my own songs."

However, Olivia's unusual childhood has led her to stress about her songwriting talents.

She said: "I remember worrying that I wasn't going to write songs that were relatable because of how weird growing up on a set was.

"Like, what was I going to write about? 'Ah, gotta do this table read!'"