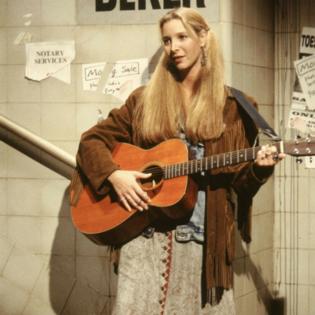 The 57-year-old actress - who played Phoebe Buffay in the show - reunited with Jennifer Aniston, Matthew Perry, Matt Le Blanc, Courteney Cox and David Schwimmer - recently wrapped filming on the reunion show and she admits it was "so thrilling" to be back with her friends.

Speaking to Extra, she said: "It was really emotional, and watching it again, watching it, I got emotional all over again. It's also really just so thrilling. We got to be together and [Matt] LeBlanc tells a story like no one else, he is so great. I laugh a lot."

The group teased the upcoming special earlier this week.

Taking to Instagram, Jennifer wrote alongside the trailer: "It's official! The #FriendsReunion premieres May 27th on @HBOMax - could we BE any more excited?! (sic)"

Whilst Matthew added in his own post on the photo-sharing site: "We're back! The #FriendsReunion premieres May 27th on @HBOMax. What are you the most excited about? (sic)"

Courteney admitted she felt "so blessed" to be a part of the reunion.

She shared: "This kind of thing doesn't happen every year, or even every 10, or 15 years. I feel so blessed to have had a chance to reunite with my Friends ... it was better than ever."

And David wrote: "Finally! Had a blast with the cast and a solid nap with LeBlanc. (sic)"

The 56-year-old actress shared: "We did the reunion. It's unscripted with lots of surprises. And we all got to gather on stage 24 at Warner Bros, and that is the first time we've done that since the show ended so it was very emotional and I just ... it was great."