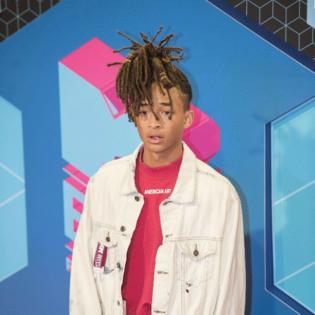 Jaden Smith is set to open a restaurant to help feed the homeless in Los Angeles.

The 22-year-old actor and singer - who is the son of Will Smith and Jada Pinkett Smith - will open a new restaurant called I Love You to help feed those living on Los Angeles' Skid Row, after having previously run the I Love You food truck business.

Jaden's food trucks have been giving free food to homeless people in LA for two years, but the new restaurant will offer a more permanent solution to offering aid to those in need.

According to Variety, the restaurant will offset costs by making those who can pay for food pay a higher price to "pay for the person behind you".

In a statement, Jaden said: "It's for homeless people to get free food. But if you're not homeless, not only do you have to pay, but you have to pay for more than the food's worth so that you can pay for the person behind you."

As of the time of writing, there is no opening date in place for the restaurant.

The news comes as the latest philanthropic effort from Jaden, who previously co-founded the 501CThree non-profit alongside Drew FitzGerald with the goal of solving problems relating to water, food, shelter, and energy using smart design and engineering.

Jaden and Drew then launched a mobile water filtration device called the Water Box through their charitable company, which in 2019 was used to help the residents of Flint, Michigan, have access to clean water after they spent years battling with a municipal water supply contaminated with lead.

At the time, Jaden said: "This has been one of the most rewarding and educational experiences for me personally. Working together with people in the community experiencing the problems and designing something to help them has been a journey I will never forget. We are planning to deploy more Water Boxes in Flint and other communities facing similar challenges."