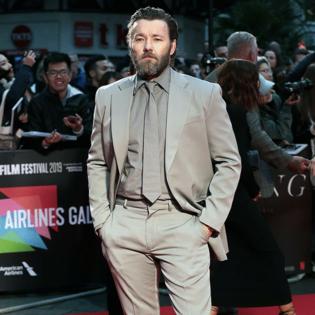 Joel Edgerton has slammed the obsession with reality television.

The 46-year-old actor admits that he wishes he could "detonate" shows such as 'Married at First Sight' and questioned TV chiefs for prioritising profit over quality.

Joel told Australia's Daily Telegraph newspaper: "I know that people might want to detonate me, but I often wish I could take all reality TV and detonate it. (Or at least I could) invent a time machine and find whoever invented reality television, lock them in a room and say, 'Don't tell people these ideas!'

"I get that (those shows) bring people pleasure, but they could also bring pleasure by providing stuff that's more thoughtful. I see the obsession with it; I think someone needs to be keeping an eye on culture and not just a profit.

"Maybe I'm just a bit of a fuddy-duddy. Because who I am to roll my eyes at the term influencer or say 'Married at First Sight' is a terrible, terrible thing? You can't judge things of a greater quality if they're not on offer."

Joel has been cast as Ridgeway in the upcoming historical drama series 'The Underground Railroad' and was desperate to get involved in the Amazon Prime Video project, which is being directed by Barry Jenkins.

Asked why he joined the show, the 'Star Wars' actor said: "Barry Jenkins is the short answer. He has an eye for great material and a track record of giving actors the space to do great things. I'd heard about the project, tracked him down and tapped him on the shoulder at an event in Toronto, and was basically hustling.

"Then I read the material, and I took a step back. I'd been running around for years saying it's more fun to play a villain but then I was confronted in the material with a villain I was unsure I wanted to service because it was too heavy.

"But I'm glad I did, because we catch an insight into how his opinions are formed and, while we don't redeem him or ask the audience to sympathise with him, it does raise for me the important question: how do we raise our children?

"How do we set them on the right or wrong path and how does that affect people on the planet? I found that it made the journey more worth doing."

The 54-year-old actress has a southern white-faced owl named Kering - whom she named after the company owned by her husband, François-Henri Pinault - and has said she often lets her...Read More

Kendall Jenner wouldn't let any of her former partners appear on 'Keeping Up with the Kardashians' until they'd been together for "at least a year".

The 25-year-old model and reality star never involved any of her ...Read More

Paris Jackson has PTSD from growing up in the spotlight.

The 23-year-old daughter of Debbie Rowe and the late Michael Jackson has spent her whole life in the public eye, and has said she has "standard" post traumatic ...Read More

Gigi Hadid wants to teach her daughter about her heritages.

The 26-year-old model has nine-month-old daughter Khai with her boyfriend Zayn Malik, and as both she and Zayn are mixed race, Khai has several different ...Read More

Chrissy Teigen is suffering from "the crushing weight of regret" following the bullying accusations against her.

The 'Lip Sync Battle' star was accused by Courtney Stodden of telling them to take their own life in ...Read More

The 'Tiny Dancer' hitmaker and his husband will host YouTube Pride 2021 on the video platform on June 25 in celebration of Pride Month, which ...Read More