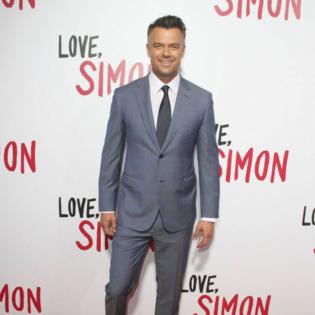 The 48-year-old actor plays Jennifer Lopez's on-screen love interest in the upcoming rom-but admitted shooting the flick in the Dominican Republic almost killed him as a wave swept him off a cliff.

During an appearance on 'The Tonight Show Starring Jimmy Fallon', Josh played some footage of the incident and said: "I had some time off and right below where I was staying was this beautiful cove. Earlier in the shoot, it was this perfectly calm turquoise little cove. I actually jumped off this platform into the water and swam over to the beach then walked back. A week later this place was completely different because now the ocean was really tumultuous that day.

"The waves were crashing like 30 feet in the air. This rogue wave comes up as I'm video taping this thing and literally washed me almost over the edge of this cliff. But it turned me into hamburger on many parts of my body afterwards. It was one of the near-death experiences of my life, for sure."

However, Josh kept his lucky escape a secret from movie bosses.

He said: "I cannot believe my phone survived that. I can laugh about it now, and I never told anyone, because if I had shown that to Lionsgate they probably would have kicked me off the movie."

Meanwhile, Josh previously said filming the movie was "one of the most fun experiences I've had shooting, or working in this business".

He explained: "First of all, we're in the Dominican Republic, which is absolutely beautiful. Jen was a dream to work with, she's an absolute pro and totally engaged and loved the project. We had a great relationship. I've known her forever so it was easy for us to get in lock and step.

"The crew, the cast, we have a great cast and Jason Moore, the director, it was one of those situations that everything kind of fit perfectly. I'm very proud of the way it turned out and I can't wait for it all to come together."