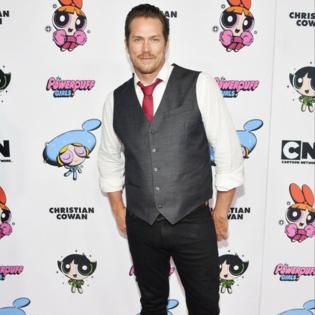 Jason Lewis has not been asked back for the 'Sex and the City' reboot.

The 49-year-old star played Samantha Jones' (Kim Cattrall) male model boyfriend Jerry 'Smith' Jerrod in the original run of the series and reprised the role in both movie adaptations but confirmed that he has not been approached to feature in the upcoming series 'And Just Like That...'

Quizzed on whether he had been asked to return for the new series, Jason told the Daily Front Row: "I have not, but I would be the last to know!

"As much as I appreciate the flattery, the conversation is about the girls."

Kim will not be returning to the series either and Jason doubts whether the pair - who became love interests in the final season of the original run - would have stayed together.

He said: "I think they have moved away from each other."

However, Jason does have more of an idea as to what could have happened to his own character, a model who was struggling to make it as an actor.

He said: "I think he went into production.

"He was a lifter of others, so he would have moved past [acting]. Which is where we differ! But I think he would still be in the industry."

Show bosses had previously insisted that Kim's absence from the series would be appropriate so that the programme would reflect the way friendships evolve over time.

HBO Max's chief content officer, Casey Bloys, said: "They're not trying to say that these characters are reliving their 30s. It is very much a story about women in their 50s, and they are dealing with things that people deal with in their 50s.

"In real life, people come into your life, people leave. Friendships fade, and new friendships start. So I think it is all very indicative of the real stages, the actual stages of life … They're trying to tell an honest story about being a woman in her 50s in New York. So it should all feel somewhat organic, and the friends that you have when you're 30, you may not have when you're 50."