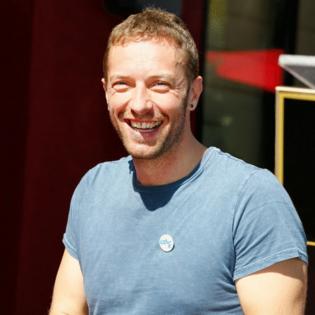 The Coldplay frontman had a 30-minute meeting with students from Beechworth Secondary College in Victoria, Australia, as part of a Webex programme to assist students around the world amid the coronavirus pandemic and was particularly impressed by 17-year-old Asha Bright, who got to play one of her own songs for the 'Adventures of a Lifetime' hitmaker.

Chris - who also spoke to students at three others schools, in America, Canada and the UK - asked the group if any of them wrote their own songs, and Asha said she did, and so the 44-year-old singer asked him to play the track, 'Not 4 U', for him.

Speaking to ABC Goulburn Murray breakfast DJ Sandra Moon, she said: "I kept it together for the rest of the meeting but afterwards I had a bit of a cry.

"He asked me to play it on guitar but I didn't have a guitar [with me] so I told him to go on the streaming space."

The 'Yellow' singer praised the teenager for her efforts.

He said afterwards: "That's wonderful, well done. You don't get anywhere unless you put yourself out there."

Asha is a huge Coldplay fan so was delighted with the meeting.

She said: "Their song 'Sparks' got number one on my Spotify 2020 recap. [Meeting Chris] was pretty exciting."

The moment where Chris played Asha's song on his phone is included in a video of highlights from his sessions with the students - that took place in March but have only just been revealed - which Webex have shared on YouTube.

Beechworth Principal Patricia Broom explained the school were offered the virtual session with Chris because they had been part of a programme to promote Webex and its benefits for remote learning while schools were closed during the global health crisis.