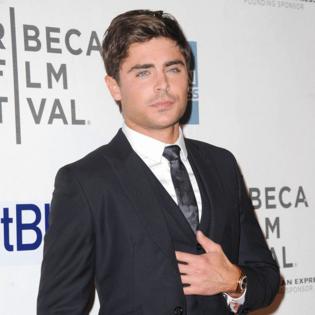 The 'Baywatch' star began dating the 25-year-old waitress in June last year after they met at the Byron Bay General Store in New South Wales, Australia, where Vanessa was working.

But according to Australian publication The Daily Telegraph, the pair have called it quits after 10 months together.

The news comes after Zac was recently said to be property hunting in Australia after putting his Los Angeles home up for sale in December, as he reportedly has "no plans" to move back to the US.

A source said: "As of now, he has no plans to live permanently in LA again. He loves Australia and considers it his home."

Whilst another added: "He keeps looking at properties."

And it was also previously claimed Zac, 33, was "very happy" in his relationship with Vanessa.

A source said: "Zac's loving his life in Australia. He's settled down and very happy with his girlfriend. It's serious."

The 'High School Musical' alum - who previously dated his co-star Vanessa Hudgens - relishes the privacy he's been able to enjoy in Australia.

The source added: "He's living eight hours outside of Sydney. Nobody bothers him.

"He hangs out with the Hemsworths. He goes surfing. He's coming a long way from partying in LA."

Zac entered rehab for alcohol and substance abuse in 2013.

However, the movie star is now sober and it was previously said Vanessa was proving to be a really good influence on him.

In September, an insider explained: "Zac and Vanessa are really good for each other. She has calmed him down a lot, and he's not partying too much."

Emily Blunt thinks going to the cinema is the "best date night ever".

The 'A Quiet Place Part II' actress - who has daughters Hazel, seven, and Violet, five, and with husband John Krasinski - is thrilled movie theatres ...Read More

Anna Paquin has insisted her marriage to Stephen Moyer does not change her sexuality as she accused her critics of "bi erasure".

The 38-year-old actress came out as bisexual in 2010, the same year she tied the knot with ...Read More

Roman Kemp is a millionaire.

The Capital Breakfast DJ has seen his fortunes swell over the last year, largely thanks to a number of joint ventures he's taken on with his famous dad, Spandau Ballet star Martin Kemp.

The 'Cry Baby' collaborators got locked in a war of words on Twitter on Saturday (19.06.21) evening after the 'WAP' hitmaker saw her pal had shared a fan ...Read More

The 47-year-old model is excited to see the "bada** role models" taking on their new posts with The VS Collective, ...Read More

Professor Green says Father's Day is "bittersweet" for him after his own dad wasn't around when he was growing up.

The rapper's dad tragically took his own life in 2008, and they hadn't spoken for eight years prior to his...Read More