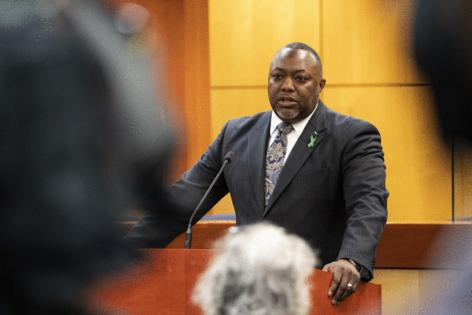 The vote comes after a series of closed meeting discussions the board has held in the past two weeks.

Parker faced a barrage of criticism after the Jan. 6 shooting of first-grade teacher Abigail Zwerner at Richneck Elementary. The shooting is the third on school property in 18 months, following the 2021 shootings at Heritage and Menchville high schools.

Teachers, parents and community members have blamed the administration for failing to properly handle “out-of-control” student behavior and called for Parker’s removal. Dozens of teachers and parents spoke at last week’s board meeting to express their anger, and others sent letters to School Board members. Teachers also say there is a pervasive culture of administrators ignoring teacher concerns.

Parker’s termination comes at the heels of Wednesday morning’s announcement that Zwerner intends to file a lawsuit against the school division. Zwerner’s attorney, Diane Toscano, claimed that Richneck administrators had been notified of concerns regarding the 6-year-old student multiple times on the morning of the shooting, including once after another boy went crying to a teacher, saying the student had shown him a gun and threatened him if he told anyone.

Cindy Connell, a teacher at Gildersleeve Middle School in Newport News who organized teachers to speak at last week’s board meeting, said the vote was necessary and is a welcome step for teachers.

“And I think that it is the first step in what will be a long process in earning back the broken trust between the School Board, teachers and the community that we serve,” she said.

Connell said it is important for whoever leads the district to prioritize teacher voices.

Michele Nordeen, president of the Newport News Council of PTAs, supports the board’s decision. She said the school division needs a change in leadership right now.

Nordeen, a longtime Newport News parent, was one of dozens to address the Board last week, saying, “We need to work together to help students learn to handle their anger and frustration in a healthy manner.” She said she hopes the school division’s new leadership will prioritize mental health.