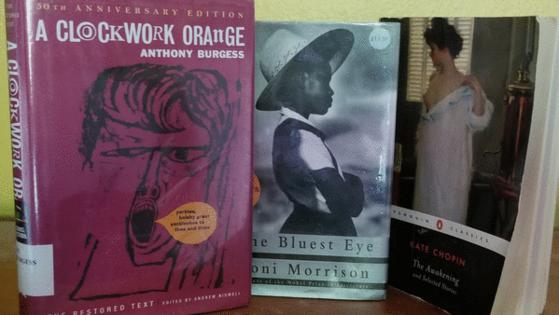 Pinellas County high school students no longer will have access to Toni Morrison’s first book, “The Bluest Eye,” in their classrooms or libraries.

School district officials announced Tuesday that they had removed the title from circulation after a review prompted by the complaint of a parent at Palm Harbor University High.

“We are erring on the side of caution, per the language of (new state) training,” chief academic officer Dan Evans told school board members during a discussion on policies related to library book selection and controversial material challenges.

The training, approved by the State Board of Education last week as part of a new state law, calls on schools to vet all library books, including in classrooms, for topics “harmful to minors.” It encouraged officials to “err on the side of caution,” further recommending that they consider what other districts are doing and to look at crowdsourced materials along with peer reviews.

Some districts such as Manatee County have closed off classroom libraries to children while they vet titles. Others such as Clay County have taken titles out of circulation pending formal reviews, after receiving challenges from parents or community members.

Evans told the school board that administrators have a “right and obligation” to review materials on a regular basis, with or without formal complaints. They have done so on several occasions, he said, noting as an example a summertime initiative to consider the appropriateness of nearly 100 books.

That effort led to the removal of 10 books from student access.

In “The Bluest Eye,” Morrison’s debut novel published in 1970, the author tells the story of an African American girl who grew up after the Great Depression. On the book’s 50th anniversary in 2020, The New Yorker said the work “cut a new path through the American literary landscape by placing young Black girls at the center of the story.”

It was part of a body of work that won Morrison the Nobel Prize for Literature in 1993, adding to dozens of other awards, including the 1988 Pulitzer Prize for Fiction for “Beloved.”

“The Bluest Eye” has been removed from shelves in many communities over the years and is perennially listed by the American Library Association as one of the 100 most banned and challenged books.