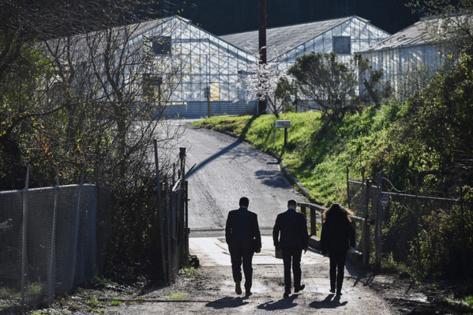 Do a pair of back-to-back mass shootings in California suggest that older men will be the next generation of mass murderers?

Don't count on it, experts say. The 72-year-old who killed 11 people in Monterey Park and the 66-year-old who's alleged to have murdered seven near Half Moon Bay may have committed the crimes within 48 hours and 400 miles of each other. But they are likely to remain outliers in a mounting tally of younger perpetrators.

The reason: Although older men are quick to catch contagious diseases, they seem virtually immune to the kinds of contagion that prompt violent displays of mimicry.

"We don't see many 60- and 70-year-olds committing mass homicides, and when they do it's usually a murder-suicide within a family," said Jack McDevitt, a criminologist at Northeastern University in Boston.

Suicides tend to occur in clusters that suggest contagion, McDevitt said, but there is little evidence that murders or mass shootings follow such a pattern.

More important, he added, is one of criminology's most established findings: When it comes to crime generally, and violent crime specifically, men tend to "age out" of criminal activity.

That pattern is seen with mass shootings as well.

A database maintained by Northeastern University's Department of Criminology shows that, at 72 years old, the man who sprayed bullets into a ballroom dance studio Saturday night in Monterey Park, and died the next day of a self-inflicted gunshot wound, was the second-oldest perpetrator of a mass killing in recent years. The 66-year-old accused of gunning down seven people in San Mateo County on Monday afternoon would also rank among the oldest mass murderers.

That both men were Asian, and immigrants, puts them in even smaller company. Since 1967, a database of mass shooters maintained by the Violence Project has found that 11 of 172 perpetrators — about 6.4% — were of Asian descent. Nine of those mass shooters had immigrated to the United States from birthplaces in Asia.

WASHINGTON — The U.S. government launched a mission to salvage what officials say is spy equipment from the Chinese balloon shot down off the coast of South Carolina on Saturday, as pressure mounted on President Joe ...Read More

LOS ANGELES — The snowpack in the Sierra Nevada is the deepest it’s been in decades, but those storms that were a boon for Northern California won’t make much of a dent in the long-term water shortage for the ...Read More

Chairs lined the skate ramp and the back of Sac Ramp Skate shop on Saturday afternoon for a memorial and celebration of life of Tyre Nichols.

Family and friends spoke at the event to express fond memories they shared with...Read More