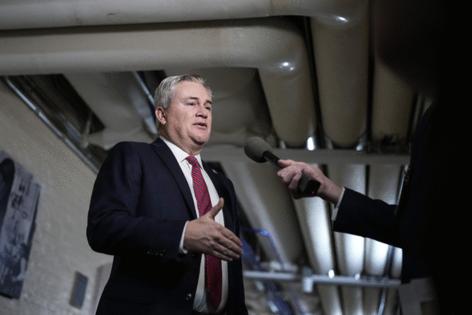 WASHINGTON — The bill that senior House Republicans introduced this month to prohibit federal officials from pressuring social media companies to censor speech has some experts worried it could hamstring government efforts to combat online content that’s widely perceived as harmful, including threats to public safety.

Republicans say the bill is designed to protect free speech on social media, but language directing officials not to use their authority or influence to “promote” or “advocate” the removal of content is raising questions about how those terms would be defined and whether public officials might themselves be muzzled.

Federal warnings about online Russian disinformation, health problems that result from online behavior, and public safety could, given the reach of federal officials, be interpreted as pressuring the platforms to remove that content, technology policy experts say.

“It’s kind of a half-baked messaging bill more than it is something that’s a carefully crafted piece of policy. There are so many ramifications of something that’s this broadly overreaching,” said Cheyenne Hunt, the Big Tech accountability advocate for the consumer advocacy group Public Citizen.

James R. Comer, R-Ky., who leads the House Oversight and Accountability Committee, is the bill sponsor, reintroducing a measure he first offered in the last Congress. He said in a statement that it’s meant to stop the Biden administration from “bullying social media companies to censor certain views and news.”

The support of three committee leaders may improve the bill’s chances of House passage, but it isn’t likely to see Senate action, never mind a presidential signature.

Comer’s statement referred to White House pressure on social media companies to address what the administration considered misinformation and disinformation about COVID-19 vaccines.

But legal experts said the bill language could be construed to prevent federal officials from even notifying social media companies about potentially harmful content.

“I don’t know what the bill thinks advocating means,” said Jennifer Granick, a surveillance and cybersecurity lawyer for the American Civil Liberties Union’s Speech, Privacy and Technology Project. “All kinds of law enforcement agencies contact these companies in order to flag things — whether it’s posting people’s private information online, threats to public health, pornography where children can find it, voter suppression, you know, just all kinds of stuff.