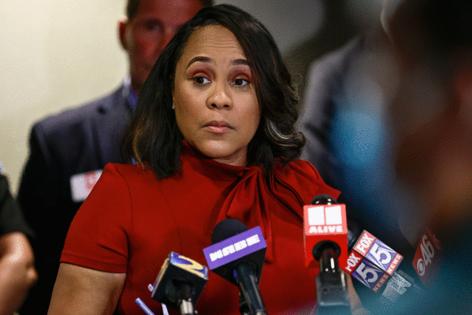 Her comments came during a 90-minute hearing in which Fulton Superior Court Judge Robert McBurney considered whether and when to release the grand jury’s final report, which is expected to include the group’s findings and potential recommendations on indictments.

Willis and her team argued the report should be kept private for now.

“The state understands the media’s inquiry and the world’s interest, but we have to be mindful of protecting future defendants’ rights,” the district attorney, a Democrat, said.

Without commenting on who those future defendants may be, Willis said “decisions are imminent.”

“At this time, in the interest of justice and the rights of not the state, but others, we are asking that the report not be released,” she said.

McBurney said he has yet to come to a decision about sealing the report.

“There will be no rash decisions,” he said.