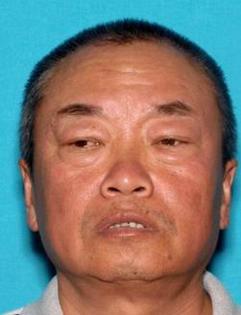 The man accused of fatally gunning down seven people and wounding an eighth in dual workplace massacres across the popular tourist community of Half Moon Bay threatened to suffocate and use a knife to split open the head of a South Bay restaurant co-worker a decade ago, court records obtained Tuesday by the Bay Area News Group show.

Chunli Zhao, the 66-year-old shooting suspect, made those threats in March 2013 after quitting his restaurant job, according to a civil harassment restraining order his former roommate and co-worker filed in Santa Clara County Superior Court.

In a sworn court declaration, the roommate said Zhao “took a pillow and started to cover my face and suffocate me” after being told he’d have to go to the restaurant to pick up his final paycheck. Zhao, in response, “said to me, today I am going to kill you,” according to the court petition.

Two days later, Zhao asked if he could return to work and said, “if this can’t be done, this would be a bigger problem, which will not be good/pleasant for everyone,” the petition reads. “This seemed to be a threat to me and the restaurant I work at.”

The former roommate — at the time Zhao lived in San Jose — also wrote in the court papers that Zhao warned he would “use a kitchen knife to split my head” if he could not return to the job.

The restraining order declaration is among some of the details that began to paint a picture of Zhao, who authorities said worked at Mountain Mushroom Farm, the location of the first shooting Monday afternoon.

“All of the evidence we have points to this being an instance of workplace violence,” San Mateo County Sheriff Christina Corpus said at a press conference.

Of the eight victims, seven were men and one a woman, the sheriff’s office said. It is not yet clear if the people shot were his intended victims, officials said, or if Zhao said anything to them during the attack.

Zhao was arrested in a sheriff’s substation parking lot at about 4:40 p.m. Monday when a deputy noticed him sitting inside his car and ordered him out of the vehicle. He emerged with his hands in the air, prompting deputies to take him to the ground before handcuffing him and leading him into the substation.

On dramatic video captured at the substation, Zhao could be seen being walked inside the building, wearing a red long-sleeved shirt, a grey vest, blue jeans and a white ball cap.