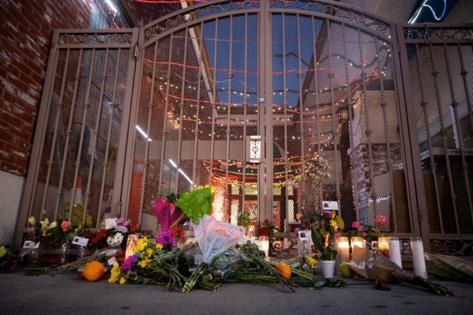 SANTA ANA, Calif. — California has some of the toughest gun laws in the country, with rules on everything from the types of weapons and ammunition that can be legally owned, to who can and can’t own any weapon, to broad funding for community programs aimed at curbing gun violence.

And researchers believe those tight rules do help reduce the odds of dying from a gunshot in California. That contention is backed up by a growing body of research on the effectiveness of gun laws and by federal data about gun-related deaths across the country.

On Saturday, Jan. 21, the state’s gun rules did nothing to stop a man from using what investigators said was a semi-automatic assault pistol to kill 11 people and injure at least nine others. The weapon, as described, is illegal in California. So is transporting it into or within the state, selling it and carrying it. But none of that slowed the shooter when he fired 42 rounds at people celebrating Lunar New Year at a Monterey Park dance studio.

New research suggests mass shootings might be the grim outlier when it comes to the effectiveness of gun laws.

“I don’t know if there is a law that can be enacted related to mass shootings that would prevent them. Though I’d also say that doesn’t mean such laws aren’t useful, or that having scientific evidence that a law would work should be why it should or shouldn’t be (enacted),” said Andrew Morral, a behavioral scientist at the RAND Corp. and co-author of The Science of Gun Policy project, an ongoing study launched in 2018 that issued its third update earlier this month.

The research, part of Santa Monica-based RAND’s Gun Policy in America project, has the nonpartisan goal of establishing basic facts about gun violence, legitimate gun use and gun laws. The idea is that those facts, in turn, can be used by people on all sides of the gun debate to craft rules that stem gun-related deaths. In 2021, the last year for which full data is available, nearly 49,000 Americans died from gun violence or gun-related suicide.

In their research, Morral and other RAND scientists track thousands of studies looking at how different types of gun laws affect everything from gun violence, such as homicides and suicides, to the price of guns and the legal use of guns, such as self-defense, hunting and sport shooting. Though such research is relatively new — in part because from 1992 to 2018 federal funding was not allowed to be used to collect gun violence data — RAND’s study of the studies has found some patterns.

For example, studies show that gun-related violent crime is more common in communities with “stand your ground” laws and in communities that make it easy to carry concealed weapons. Also, stricter rules about storing and locking up guns, known as “child access prevention laws,” may reduce violent crime, suicide and accidents — but possibly at the cost of making it harder to use guns for self-defense.

But RAND didn’t find a lot of strong research into how laws prevent mass shootings. Though Morral said there is “limited” evidence that banning the sale of assault weapons and high-capacity ammunition magazines curtails mass shootings, he was quick to point out that “limited” is “our weakest evidence rating short of ‘inconclusive.’”