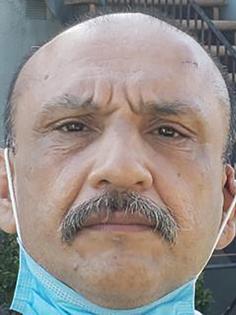 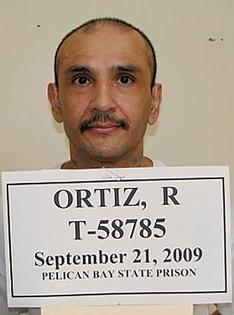 LOS ANGELES — They looked like just another couple getting on in age, walking along a suburban street in the last hours of daylight.

They had met in the fourth grade. He went to prison; she got on with her life. Over the years, she heard rumors that he'd become affiliated with the Mexican Mafia.

When he got out of prison for the last time, 50 years after they first met, she asked if he'd left all that behind. She wanted to believe him when he said yes.

But the past caught up to Donald Ramon Ortiz that afternoon. It came disguised as a detective, holding a gun in a gloved hand.

The last moments of Ortiz's life were recounted at a hearing in the case that San Bernardino County prosecutors have brought against his accused killer.

Over two days of testimony, prosecutors made the case that Ortiz was assassinated by the Mexican Mafia. Authorities described evidence that not only tied the alleged killer to the prison gang but suggested he'd been promised membership in the organization for murdering Ortiz, a so-called "dropout."

"The consequence for being a dropout — the only consequence the Mexican Mafia will tolerate — is death," a detective testified.

Coming up in the Whittier Varrio Locos gang, the 5-foot-6 Ortiz got the nickname "Little Man." He spent most of his 59 years in juvenile halls, youth camps, reform schools, county jails and state prisons.

Inducted into the Mexican Mafia in the 1980s, Ortiz was later cast out of the organization and targeted for murder. Beaten and stabbed in prison, he refused to go to the authorities for protection.

This earned the respect of one Mexican Mafia member, who wrote in a letter in 1998: "Lil Man from Whittier, now there a vato who everybody and there grandma knew was on the lista" — the hit list — "and he signed that paper and they still let him out not once but twice and both times he got wacked and he still wanted to come back to the yard."