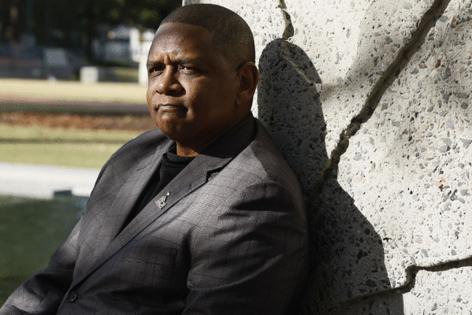 ATLANTA — It was summer 2020 and John Hollis, a publicist at George Mason University, was asking a scientist about his research on COVID-19 antibodies, when the scientist turned the tables. The scientist, Lance Liotta, asked his own question: Would Hollis like to join the study as a subject?

Less than a week later, Liotta was standing with his staff fixated on the computer screen of his lab assistant, marveling at the numbers representing Hollis’s blood sample. Liotta marched back to his office to call Hollis.

“He says, ‘Are you sitting down?’” Hollis recalls. “‘Because not only did you have COVID, and you didn’t know it, but you have super antibodies in your blood—that make you immune.’”

Not only was Hollis almost completely immune to COVID-19 then, he has continued to be, even as the virus has mutated to new variants, subsequent testing shows. He might even be immune to other diseases, though testing hasn’t confirmed that yet. And unlike the vaccines, whose power fades and requires booster shots, so far his COVID immunity keeps going strong.

“I had my blood drawn just recently, the first time in almost a year and a half, okay?” Hollis said. “The super antibodies are still at a maximum level. Still. It’s ridiculous.”

So in fall of 2020 Hollis went from fearing for his life along with the rest of the country to a strange state of freedom. He continued to follow precautions. But as hospitals overflowed and millions were sickened, Hollis started going out for haircuts again. He went to the grocery store with a new confidence “that it wouldn’t be a life or death experience,” he said.

Hollis, a former reporter for the AJC, has been interviewed by news organizations from his home town paper in Virginia to the BBC with its worldwide reach.

Tests indicate that even if his blood were diluted 10,000 times, it still kills 90% of the coronavirus.

No one knows exactly why.

“His antibodies recognize different regions of the virus, instead of just one region,” among other strengths, Liotta said in an interview with the AJC. “That’s a good thing.”