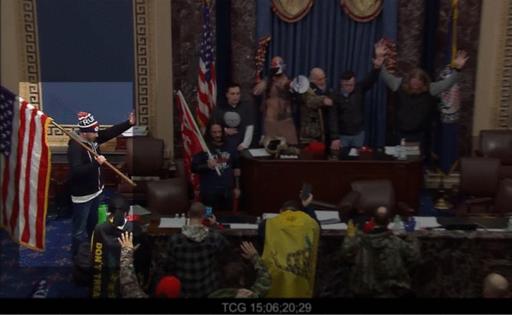 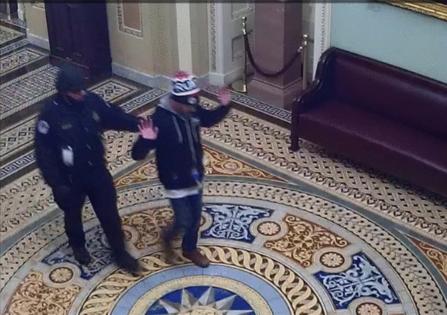 He will also pay a $100 fine and $2,000 to the Architect of the Capitol after he scaled its walls on a rope and stole an American flag and documents from the Senate chamber.

Allan, 54, had pleaded guilty in August to one count of obstructing an official proceeding: the congressional tally of Electoral College votes to certify President Joe Biden’s 2020 victory over Donald Trump.

The Rocklin, California, resident will also have 36 months’ probation, Judge Colleen Kollar-Kotelly of the U.S. District Court for the District of Columbia said.

Federal prosecutors had asked for a two-year prison sentence given that Allan was one of just a few people who entered the Senate chamber and stood on its dais, even if he did not engage in violence on Jan. 6. There, he waved the stolen flag next to Jacob Chansley, the self-proclaimed QAnon shaman — the man dressed in a bear-skin headdress, bull horns, and face paint who was sentenced to 41 months. Allan only left the chamber and returned the flag when police arrived, Assistant U.S. Attorney Robert Juman said Thursday.

Juman said Allan knew what he did was wrong because he later destroyed evidence by deleting his Facebook account where he had posted about going to the Capitol, burning the stolen documents and changing cellphones.

On behalf of the government, Juman wanted a longer sentence to deter another insurrection, which he said was completely possible given Trump and many of his supporters incorrectly believe the 2020 election was stolen. Trump, who announced his plans to run for the White House again in 2024, has repeated lies and cast doubt on the election process, including that the midterm elections last month were “rigged.”

Juman continued that, based on social media posts that Allan made before and on Jan. 6, Allan thought that “being a patriot” gave him a right to break the law that day, a day that included an “attack on the rule of law.”

The judge agreed, calling the insurrection an “inexcusable attack on our democracy” and that the “Constitution doesn’t sanction an insurrection or rebellion.” Kollar-Kotelly said she hoped that the punishment would deter Allan and others from doing something like this again. She said she hoped he taught his children that they are lucky to live in a country with such great freedoms, and that Allan explained to them that he “jeopardized their freedoms” with his actions nearly two years ago.

Allan, an Army veteran who owns a toddler gym in Roseville, California, apologized to lawmakers and police who were at the Capitol on Jan. 6, the Biden and Trump administrations, his community and the nation.