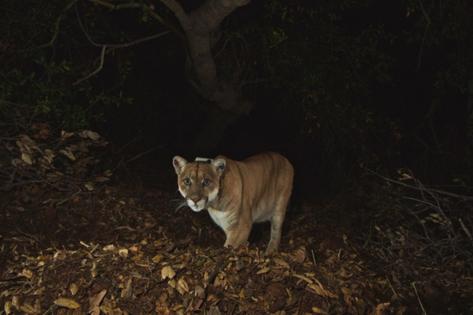 The California Department of Fish and Wildlife said it plans to capture the lion for a health evaluation after which “CDFW veterinarians and (National Park Service) biologists will determine the best next steps for the animal while also prioritizing the safety of the surrounding communities.”

The news release did not say what the next steps could be, but Fish and Wildlife spokesperson Tim Daly said, “No options are off the table.”

“We just need to get our hands on him” and determine if anything is wrong, Daly said.

The announcement comes three weeks after the 12-year-old mountain lion killed a leashed Chihuahua in the Hollywood Hills and a week after attacking another Chihuahua in Silver Lake.

Daly noted that P-22’s senior status (mountain lions usually have a 10-year life span) and his isolation could be factors in his behavioral change and will be evaluated.

“This is an unprecedented situation in which a mountain lion has continued to survive in such an urban setting,” the department said. “As P-22 has aged, however, the challenges associated with living on an island of habitat seem to be increasing and scientists are noting a recent change in his behavior.”