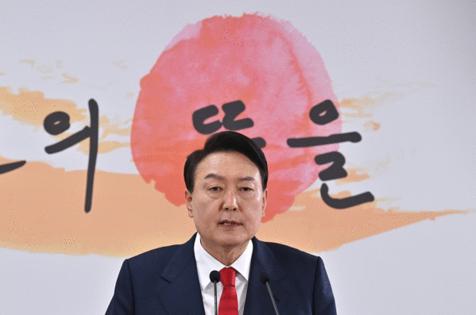 South Korean lawmakers approved a measure that would revise the way the country tallies a person’s age, ending a system that counted newborns as a year old and meaning that most of its citizens are about to get younger.

The bill passed by the National Assembly on Thursday would scrap the country’s widely used “Korean age” counting standard, which typically added a year or even two to a person’s age compared to the counting system used in most of the world, that starts the clock at zero and begins counting years on the next birthday.

President Yoon Suk Yeol sought the change when he ran for office this year and the move is set to take effect in June. His government has said removing the Korean age system would prevent confusion in processing administrative and medical service.

“With the passage of the amendment today, all citizens of our country will become younger by one or two years starting next June,” Yoon’s office said after the bill’s passage.

The move would also prevent legal disputes surrounding the age system on signed contracts and make it easier for citizens who often have one age at home and another age as recognized by global standards.

Historians have trouble pinpointing a government decree for the current system seen as a remnant of the ancient culture of Korea, China and Japan. That system grouped all babies to the year they were born, and they then all turned a year older when the calendar clicked over. This meant a child delivered on Dec. 31 was considered a year old, and turned two the next day when the new year started.

North Korea got rid of the antiquated system in the 1980s and used the global standard.

The age system has caused strains in South Korean legal matters. For example, a “juvenile” under the law is a person under 19, but 19 is defined as a person who will not achieve the age of 19 at a date after Jan. 1 of that year.

The public has been on board for dropping the old system. About 80% of respondents to government-affiliated survey conducted in September wanted to end “Korean age” counting.

“It would be difficult to find the origin of such practice,” said Lee Gi-jung, a spokeswoman for the Ministry of Government Legislation. “But South Korea is the only one that has been keeping it due to its rank-based society.”